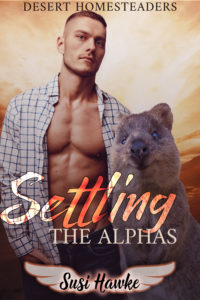 Fall in love with a quirky mixed-shifter pack who live off the grid and always have each other’s backs.By-the-book correctional officer Niles Ford has been resisting his fated mate, Kyle Jones. After all, how could two alphas ever make sense? Even a sunshine boy like Kyle couldn’t fill Niles’s need for an heir… although the silly quokka shifter does know how to make him smile. The fact that his inner puma is yowling for Niles to claim their mate isn’t helping matters.They’re both dancing around each other when a random omega prisoner turns out to be the piece they’ve been missing… the last part of the puzzle that will make them whole. Before Kyle and Niles can claim Major Lawrence P. Woodlawn and begin their happy ever after, they find themselves on the run from a gaggle of goose shifters who have decided that Larry belongs to them.Join the trio as they hit the road in a lifesize Barbie-mobile to claim Niles’s new position as pack alpha for a small pack in Arizona… along with an intrepid pair of senior citizens who should never be taken seriously. The only problem is… before they can get to their homestead and meet the pack, the five of them must first escape the clutches of those danged geese who just won’t give up.This m/m/m romantic comedy is the first in a new adventure series. This world contains mpreg, but won’t have a birth in every book due to the short timelines. Be prepared for side-splitting laughs, shifter on shifter violence, a group of people who know that family always comes first, and all the feels you’d expect from a Susi Hawke original. 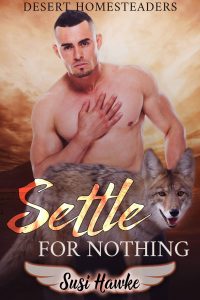 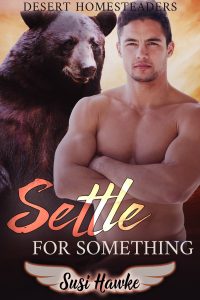 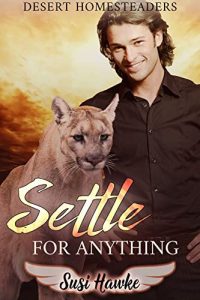