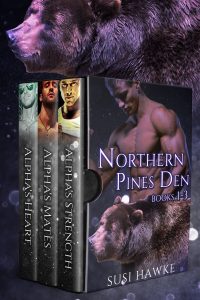 The Northern Pines Den series is an mpreg shifter series about found families, finding joy after pain, and the yummy scents of fated mates!The Northern Pines Den of bears found a solid ally in the newly formed Northern Lodge wolf pack—and together they face a foe as fierce as she is evil: the den Alpha’s estranged sister.Through their connection with the wolves, the den finds mates who breathe new life into their traditional ways, though opening their hearts leaves them easy targets for their enemies—but the den will do whatever it takes to protect their own.This three hundred and fifty-one page bundle contains the first three books in this best selling series - all books are fully re-edited, freshly formatted, and guaranteed to give a serious case of the feels!Included:Alpha’s Hearts — Fated Mates! When the wolf pack and the bear den initiate an exchange program to help shifters find their fated mates, adventurous omega Taylor is the first to volunteer, drawing the attention of the den’s lonely alpha, Mikael. Mikael knows the tiny, colorful omega will either breathe new life into their stilted bear community or cause an outrage. Either way, it won't be boring to have him around.Alpha’s Mates — When the former soldier, alpha jaguar Jules, scents the kidnapped omega bear Colin, he will do anything to save his mate. Thankfully, protective alpha wolf Sean witnessed the kidnapping, and he is equally as determined to bring Colin home. When the two scent each other in their quest to save Colin, they realize they were not blessed with just one mate, but two… if they can manage to save Colin in time.Alpha’s Strength — Omega jaguar Diego is fleeing an arranged marriage to the safety of his cousin Jule’s new home, little realizing he is running straight into the arms of fate. Alpha Heir to the den, Stefan, loves everything about the little bratty looking omega, even the arrogant glare he levels at Stefan when he catches the alpha eyeballing him. Yet the rogue war rages on, and none of their lives remain untouched by its shadow.These books are all intended for 18+ readers only. It's advised to read the series in order for maximum appreciation. And yes, this book contains M/PREG, knotting, adults adulting in sexy naughty ways, and way more than the occasional use of potty mouth language! Caution: contains violent scenes and mentions of death as the pack is at war. 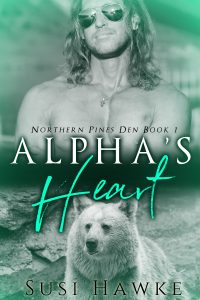 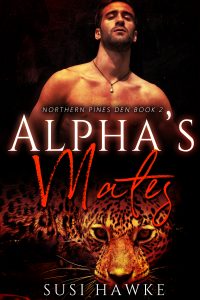 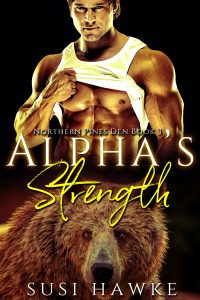 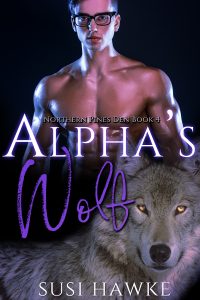 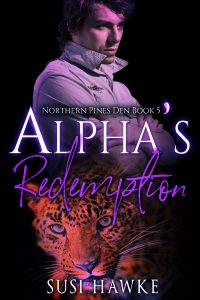 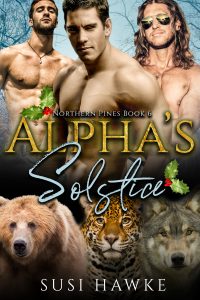