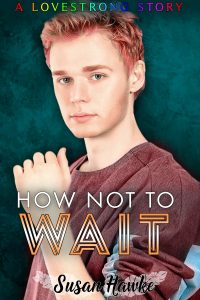 Eighteen-year-old virgin Shaw Michaelson is alone at his family cabin, waiting both for his parents to return from town and for his dad's hotter-than-hell best friend to arrive to spend New Year's with them. When Nick St. Cloud arrives with a flurry of snow at his back, Shaw's first thought says it all... hello, Santa.

Former Navy SEAL "Saint" Nick can't let himself be attracted to his friend's kid. Even if Shaw does check every box on his list, Nick can't go there... although every part of him wishes he could.

Snowed in, no power, with only the heat and light from the fireplace, Nick and Shaw must spend an evening getting to know each other better and fighting their attraction. But how can Nick keep fighting when he's startled awake by a determined virgin with one goal?