"I promise, I'm not going anywhere. I found everything that I never thought I wanted right here with you."Cecil is an unconventional omega. Owner of Second Chances, Hollydale’s Thrift Store and Consignment Shop, the closest he wants to get to an alpha is when he picks one up for a few hours of fun on a Saturday night. And even then, they’d better be polite enough to disappear before he wakes up. Yet for some reason, after picking up Hollydale’s most elusive playboy bachelor for a spot of fun after Tom’s wedding, Cecil is almost relieved to find Ian still there the following morning when he gets the call from a social worker that he’s been named the guardian of an orphaned two day old infant.Ian’s entire adult life has been spent climbing the ladder to partnership at his law firm, and squeezing in a little fun with omegas in his spare time. Settling down with one and starting a family is so far from his thoughts it’s laughable. So why does he find himself sticking around to help the adorably awkward omega as he struggles to keep a tiny human alive?Return to Hollydale for a little post-holiday fun while Ian and Cecil figure out that, sometimes, sticking around is more fun than a one night stand.This is the fourth book of The Hollydale Omegas series. This book is about 30k and most likely contains an HEA. 18+ readers only please! And yes, this book contains M/PREG, adults adulting in sexy grown-up ways, and way more than an occasional use of potty mouth language. 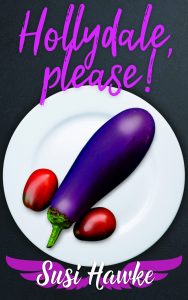