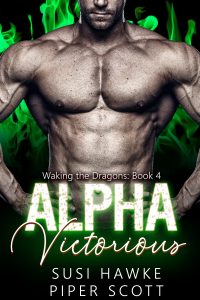 After thousands of years… they’re back.When Nathan wakes up in the home of a strange group of dragons after having been held hostage for months by a group of dragon hunters, he’s overwhelmed by anxiety… until he hears it. Heartsong.Blinking his eyes, he looks over to see a sexy older alpha dragon kneeling at his bedside. His kind, crinkled green eyes and gray streaked hair set Nathan’s heart on fire. Brick is a warrior in his prime, and looking for a mate has never been a top concern—not when his focus has been on protecting the Crown Prince of Novis. But his world completely shifts and instantly refocuses when he meets a sweet young man with bouncy blond curls whose heartsong Brick can't get enough of. From their very first meeting, Brick knows that he'll do anything to keep his mate safe, even if it means putting his life at risk to dismantle the Hunters' Guild and the newly risen Paragons of Purity from the inside out.Let our dragons take you to places you've never been before as they take down the hunters and their villainous leader… But if you don't like to fly, never fear... because the ground troops have rolled on out, and it's going to be a hilariously bumpy ride.Alpha Victorious is the fourth book in the Waking the Dragons series and features legendary hunks, an amazing Mama who will knock your socks off, adorable babies, found family who come in unexpected shapes and sizes, and an HEA that will warm your heart. This 43k book contains mpreg and is 18+ only… did you really expect anything less from Susi Hawke and Piper Scott? 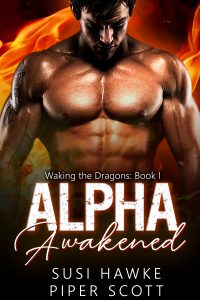 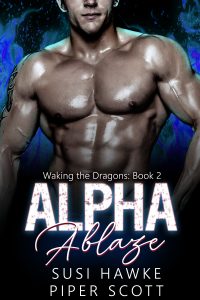 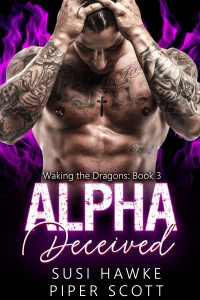